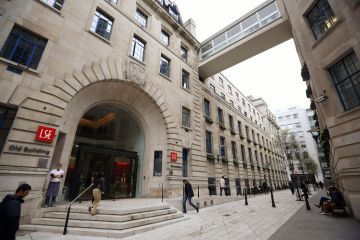 LSE was founded in 1895 after a bequest to the Fabian Society by Henry Hunt Hutchinson. The aim of the School was the betterment of society. By studying poverty issues and analysing inequalities, the founders sought to improve society in general. LSE held its first classes in October 1895 in rooms in John Street, moving a year later to 10 Adelphi Terrace.

In 1900 LSE was recognised as a faculty of economics in the newly-constituted University of London and in 1901 the Faculty degrees were announced as the BSc (Econ) and DSc (Econ) - the first university degrees principally dedicated to the social sciences. In 1902 the School moved formally to its present site, in Clare Market and Houghton Street, off the Aldwych. In May 1920 King George V laid the foundation stone of the Old Building. The School's motto was adopted in February 1922. Suggested by Professor Edwin Cannan, the phrase rerum cognoscere causas means to know the causes of things. The industrious beaver emblem was chosen in the same year.

Over the years the LSE became a world-leading pioneer of the social sciences, having played a unique role in defining and developing key academic subjects. International relations, social policy, sociology, social anthropology, social psychology and criminology all have their origins as subjects of university study in the innovative work carried out by LSE academics. Teaching staff have included some of the world's most influential social scientists. Harold Laski was hugely significant in political science, as was R H Tawney in economic history, Friedrich Hayek in economics, Bronislaw Malinowski in anthropology, Richard Titmuss in social policy and Sir Arthur Bowley in statistics. A total of 16 alumni or staff have been awarded Nobel Prizes, and the research carried out at LSE has long been disseminated around the world, informing government policy and business practice.

With the highest percentage of world-leading research of any university in the UK, the School is committed to continuing its role as a guardian of the social sciences, leading the debate in new intellectual areas. LSE continues to attract some of the most influential academic researchers from across the globe. Source: LSE website / About LSE